What were they thinking? The Halloween decorations in this top 5 were used for many years before the Halloween season got a complete overhaul in 2012. 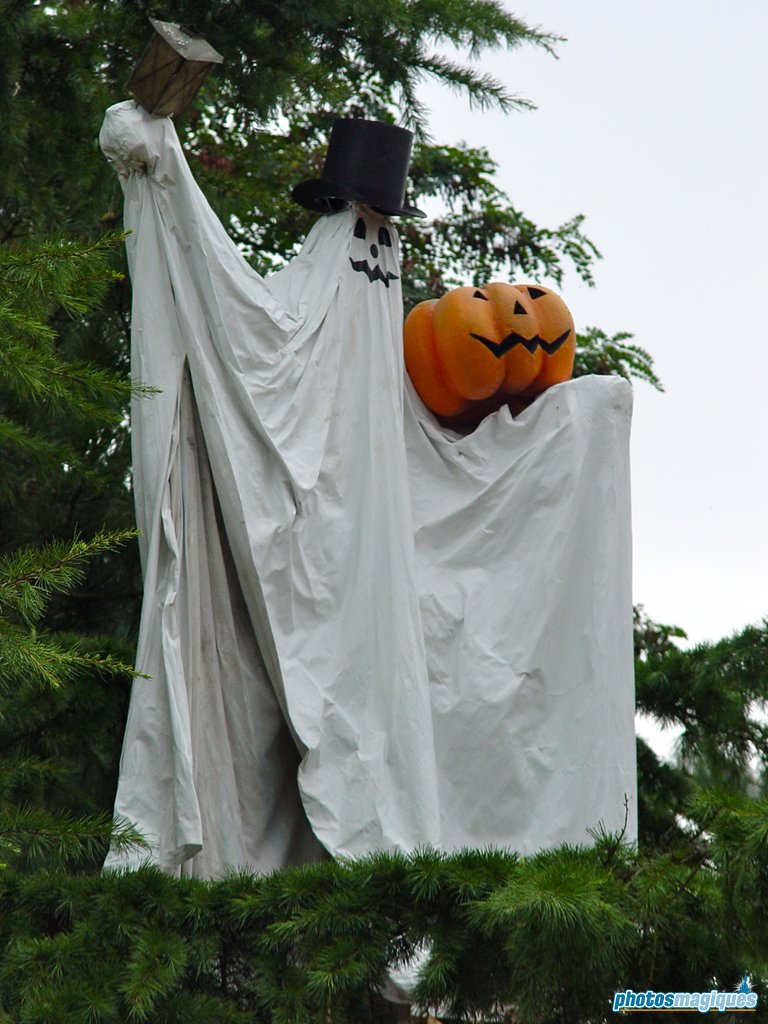 Why? They look like they were homemade for a children’s birthday party.

4. Hulk Stitch (2006)
Stitch was the leading character during the Halloween Festival of 2006. A very muscular silhouet of him was used on several locations, including the main Halloween sign on Main Street Station and on the Fanta Stitch stage in Frontierland. 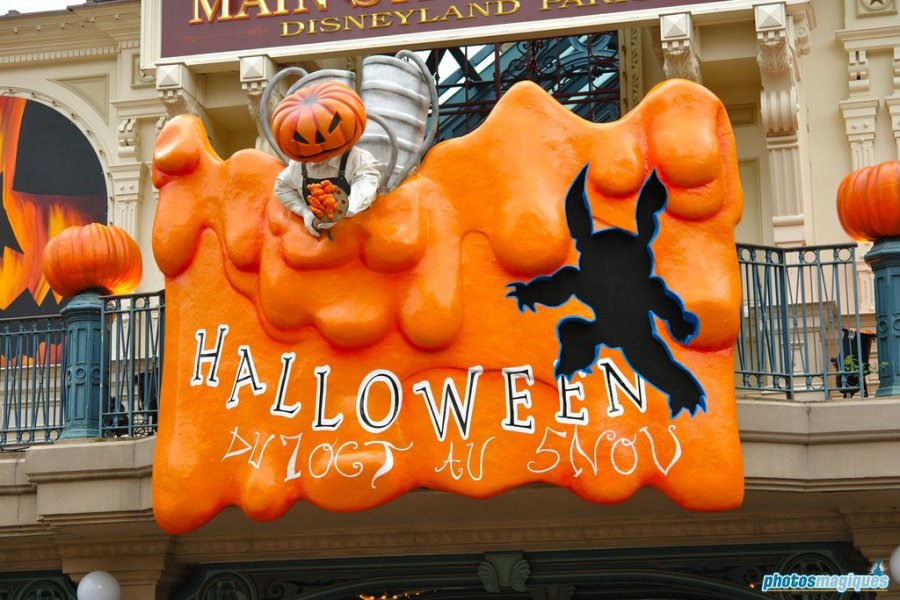 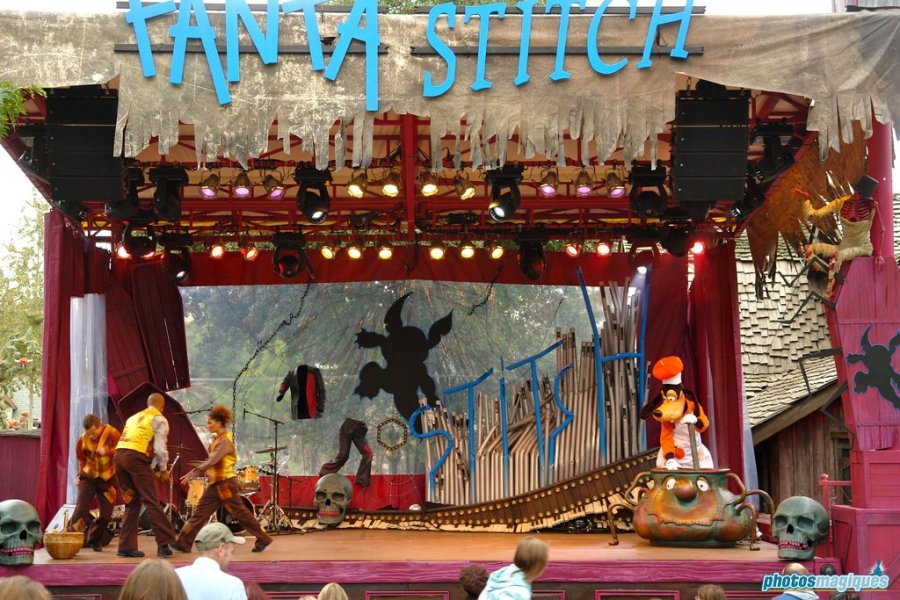 Why? This Stitch can only get Bruce Banner’s approval. These silhouet cutouts were actually considered as theming.

3. Big skull (2004)
This big skull, complete with random green goblin, stood for many years in the bushes near the entrance of Frontierland, often with a smoke effect. 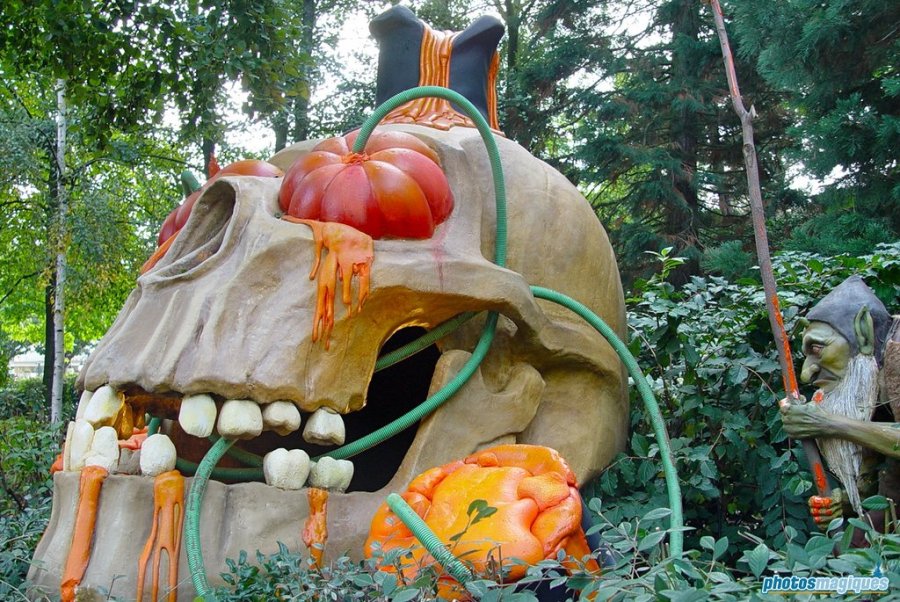 Why? It looks plain ugly and probably frightening for younger kids. Where did they even find this?  At a cheap amusement park?

2. Pumpkin Paint Pit (2004)
A large skilift-like contraption was placed on the banks of the Rivers of the Far West with Pumpkin Men traveling from and to Big Thunder Mountain where they got their orange paint. 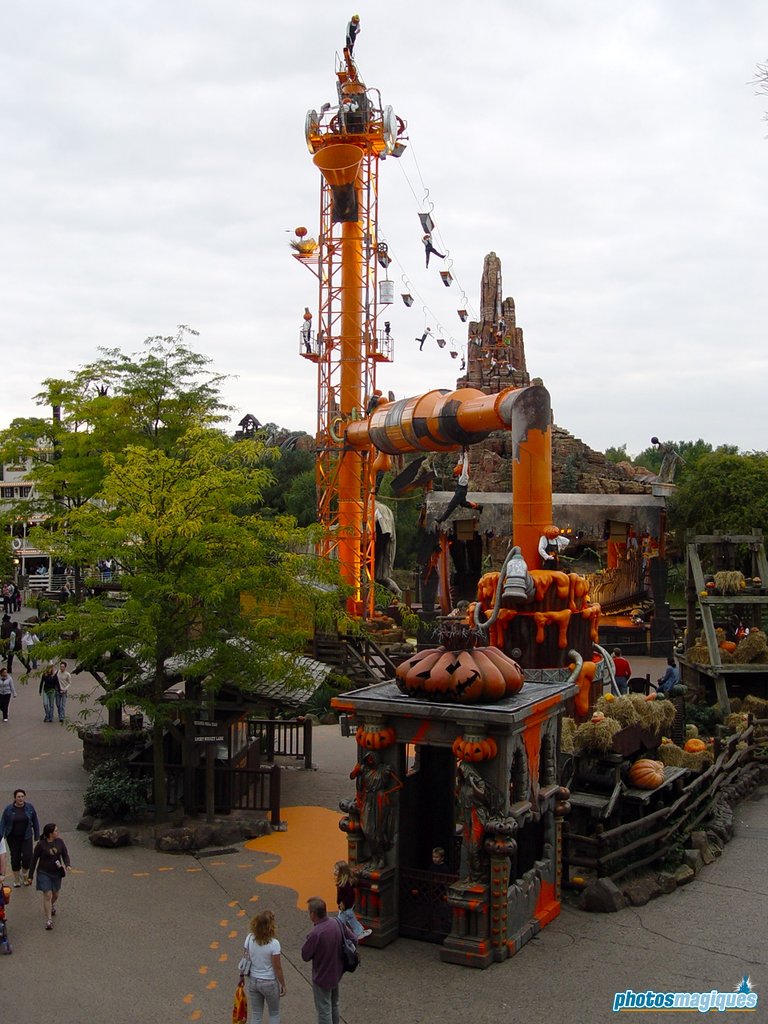 Why? This eyesore did not only destroy the Big Thunder Mountain forced perspective, it was also mind-blowing expensive: a special helicopter had to lift all the pieces into the park! And while running during the day, it caused many power outages on Big Thunder Mountain.

1. Pink Witch Academy (2005)
The Pink Witch Academy was part of the Halloweenland theming in Frontierland in 2005. According to the background story, it was a convention meeting for the Pink Witches where they could exchange experiences (and apparently go on a vacation with the Witch Cruise Line). 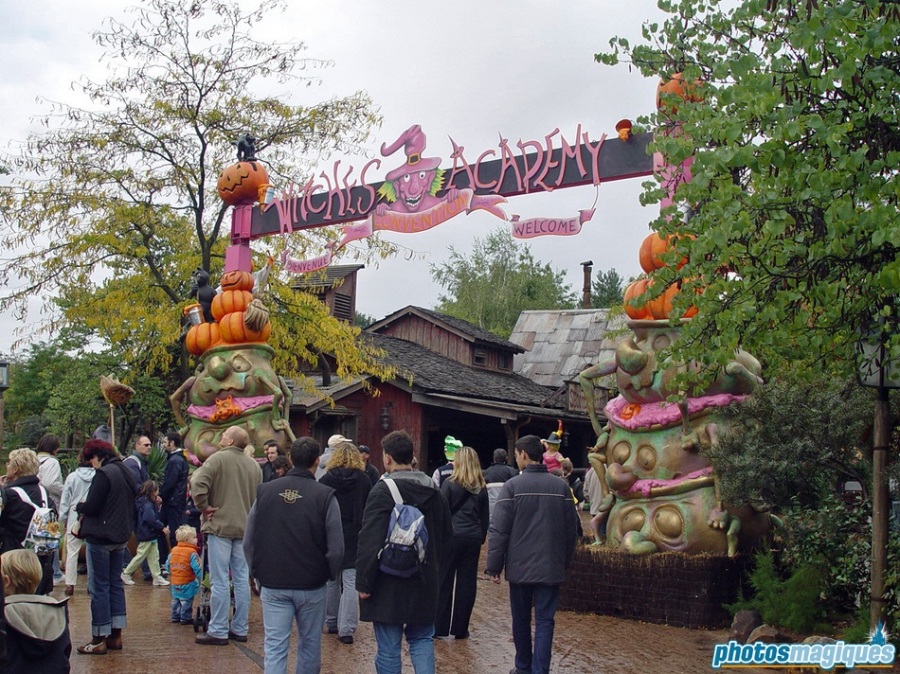 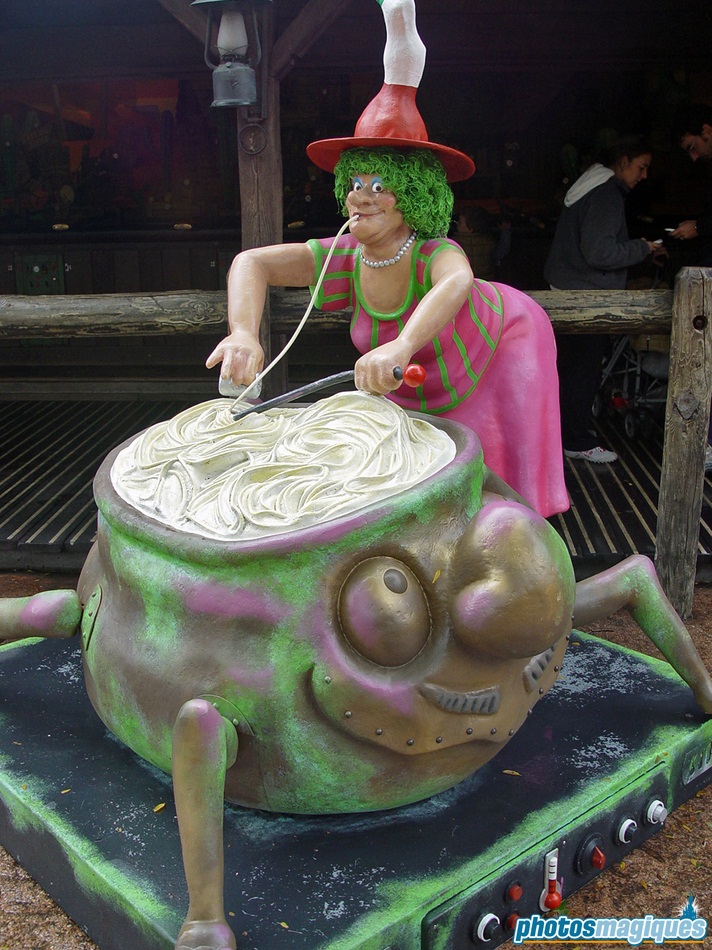 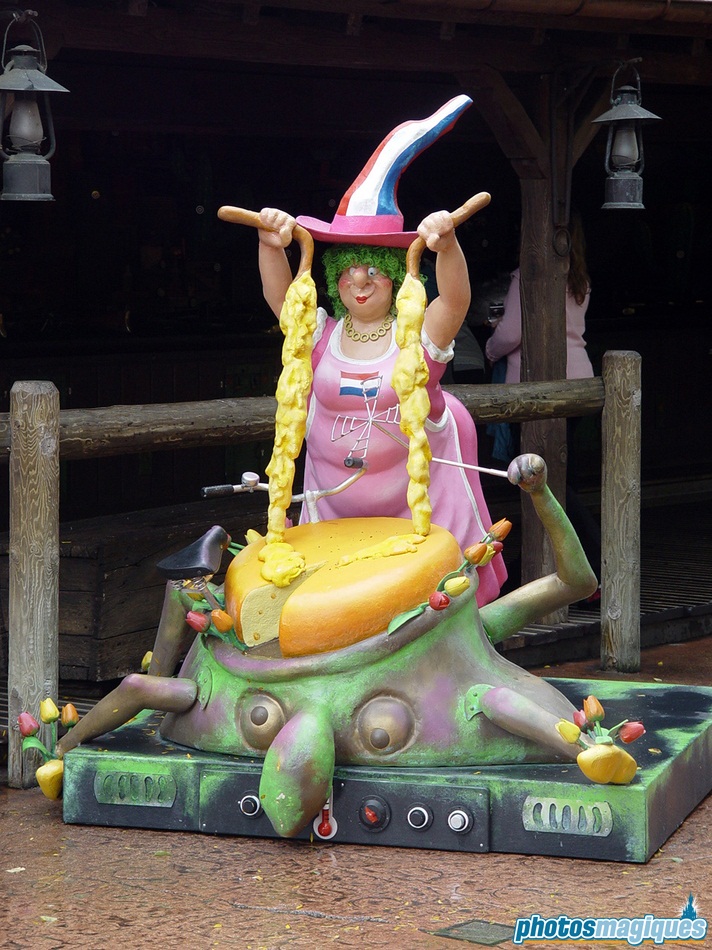 Why? These decorations, especially the statues mocking visitor’s nationalities, are the most tacky, distasteful and downright insulting for a Disney theme park, or any theme park for that matter. Some of these decorations have been stripped from their insults and reused in Disney Village.

Do you agree with this top 5?

Remember it got better! Check out the amazing new decorations that are being used for Disney’s Halloween Festival today!