When you visit Walt Disney Studios Park and you’re in for a snack, there’s Disney Blockbuster Cafe right across Rock ‘n’ Roller Coaster avec Aerosmith. It has two themed rooms: High School Musical and Pirates of the Caribbean, but did you know this wasn’t always like that? Up until June 2009 the place was called Backlot Express Restaurant and was themed to a props storage room!

Upon entering Backlot Express, you would’ve noticed a large collection of stuff (or junk) you’d find at a flea market, all grouped together. But among that “junk” there were also real movie props from productions as Dinotopia, 102 Dalmations and Armageddon. In the main room where the food counters were located, there were a few bigger props attached to the ceiling. Among them a large generic shark, a Kit Kat glider and an original Imperial Speed Bike from Star Wars Episove IV: Return of the Jedi. There was even a Space Pod from the now closed Horizons attraction from Epcot. 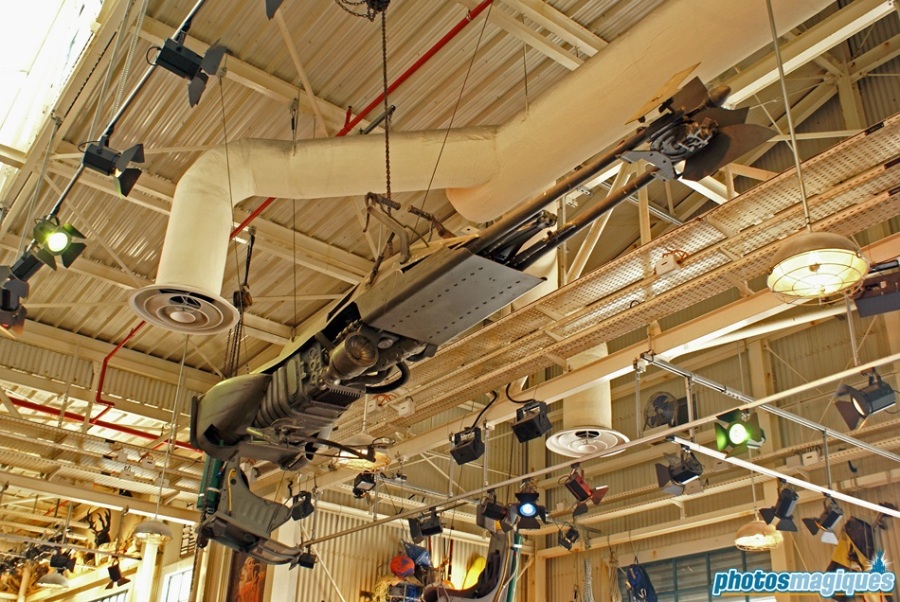 In the room on the left hand side of the main room, more generic “props” could be found. The walls were decorated with clocks of all sizes, as well as photo frames and signs. There were also several storyboards on the walls, including artwork for a Kit Kat commercial.

A shelf suspended from the ceiling hid several props from Armageddon, as well as a scale model of Disney’s California Adventure Park information kiosk and blue prints of a “Special Effects Building” for Disney-MGM Studios. 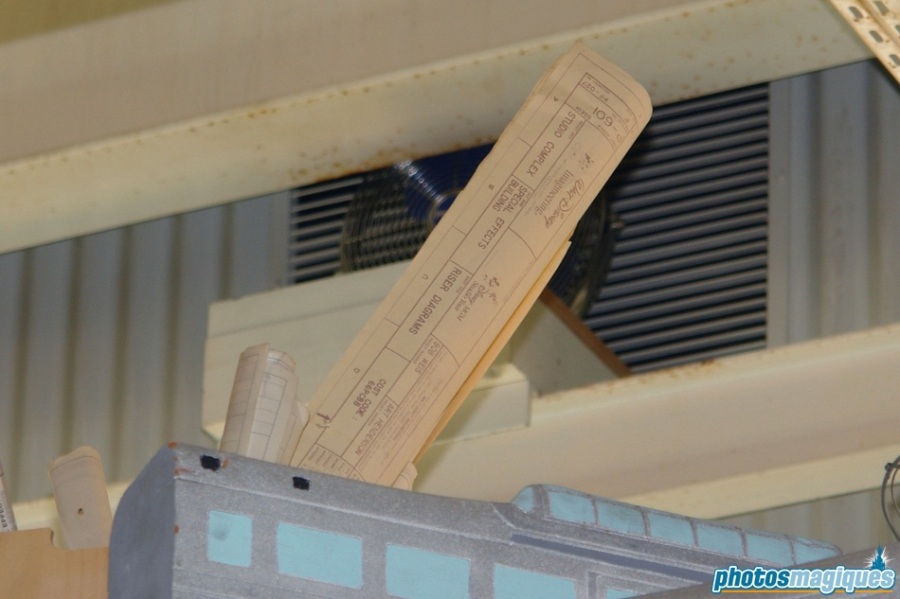 All of these props disappeared in the Disneyland Paris Imagineering archives and got replaced by the Pirates of the Caribbean and High School Musical props and costumes, none of which are originals… 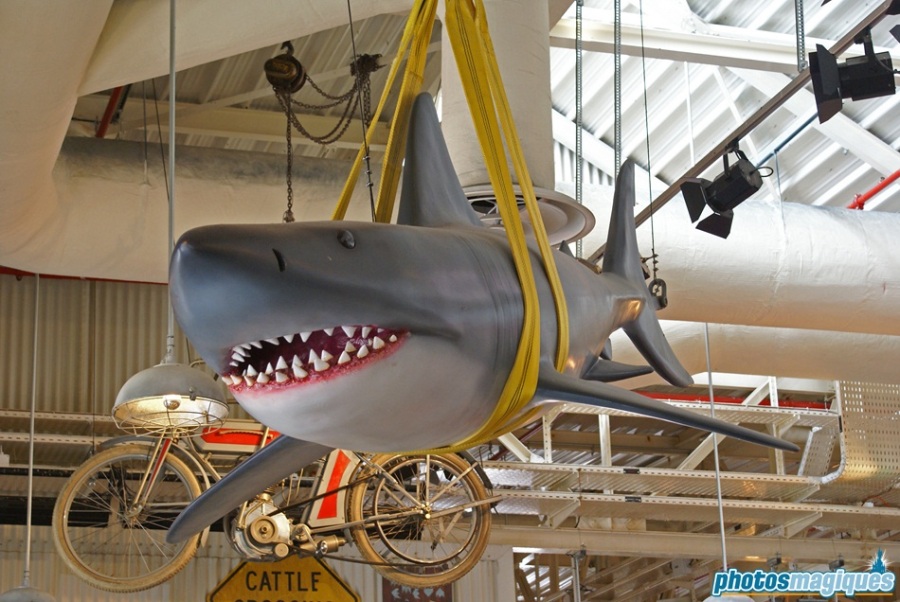 Though it wasn’t perfect, one has to agree that the theming of the restaurant wasn’t the main issue, the food offering was and still is, as no changes have been made there…

Take the photo tours and judge for yourself: