When The Legend of the Lion King opened in 2004, statues of wild animals wearing clothes and behaving like people were placed at the entrance of Discoveryland, pointing to Videopolis where the show was playing.

Inside the restaurant part of Videpolis, more statues where placed which depicted animals carrying their meal order or eating it from a table.

The statues remained for more than a year before finally being removed with the exception of the main logo. 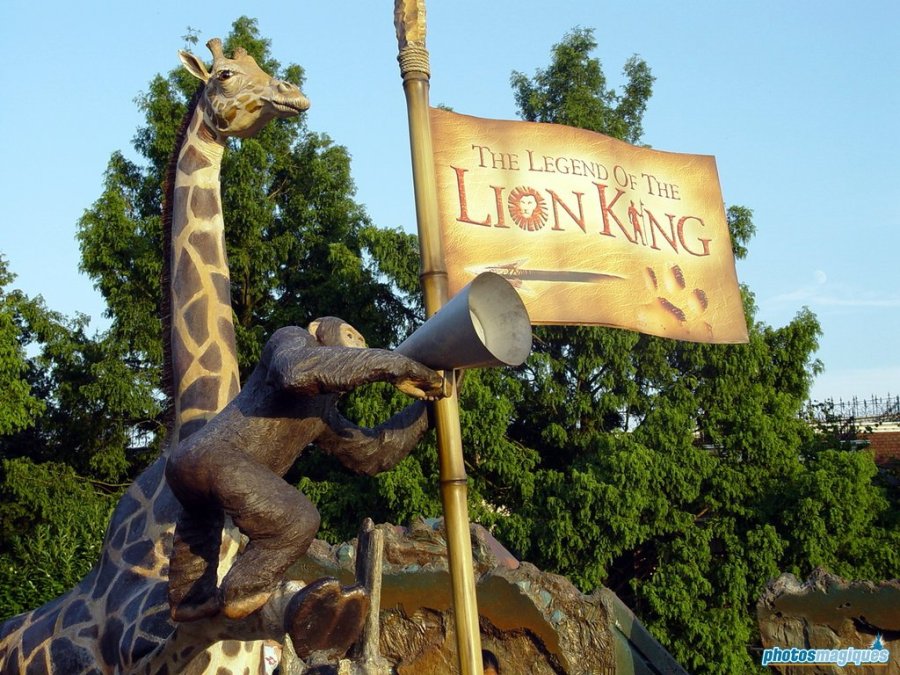 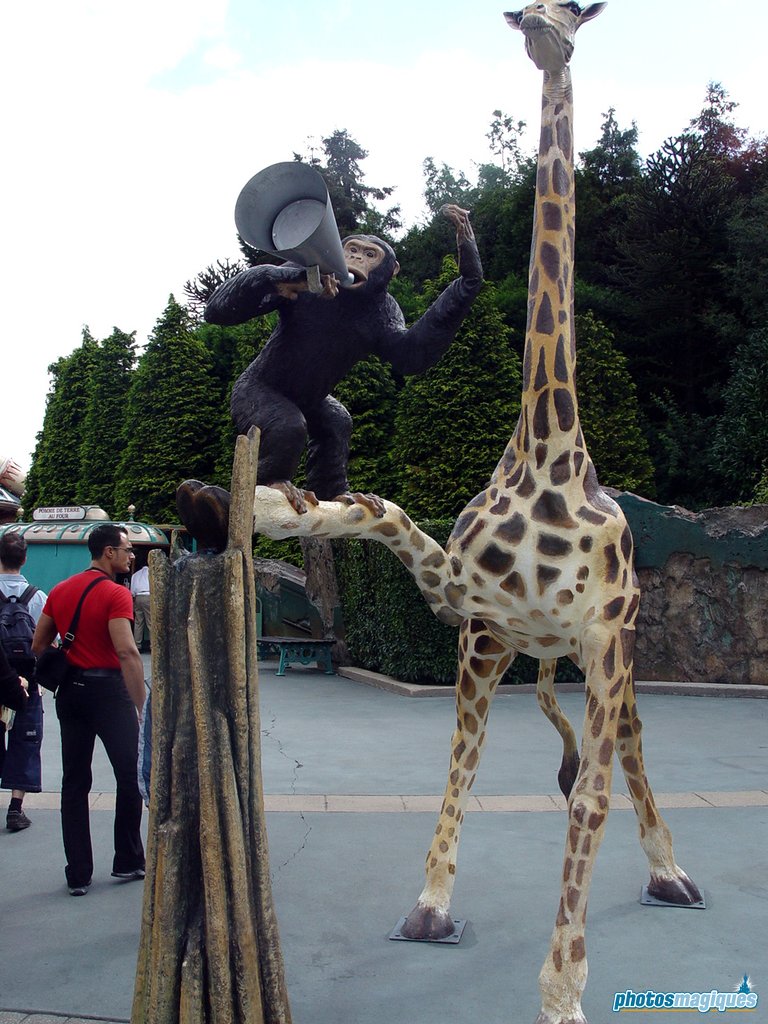 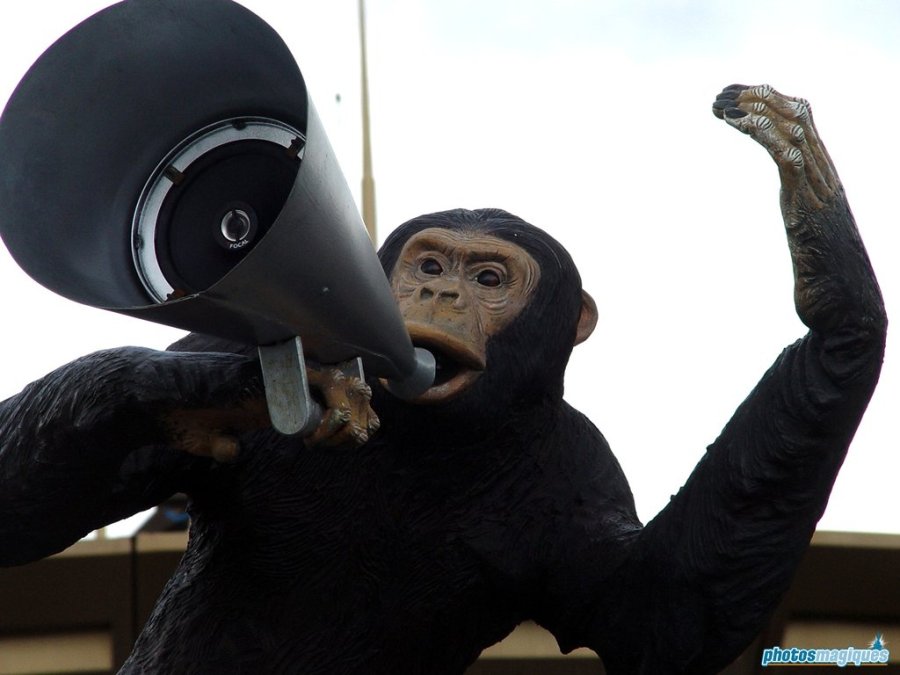 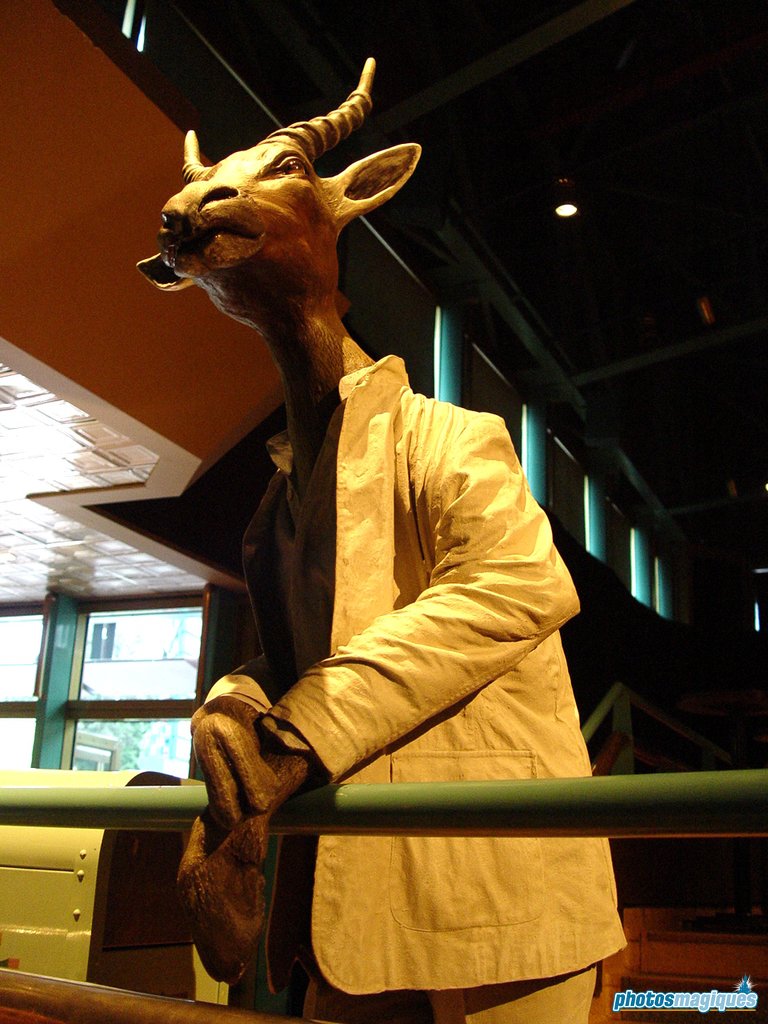 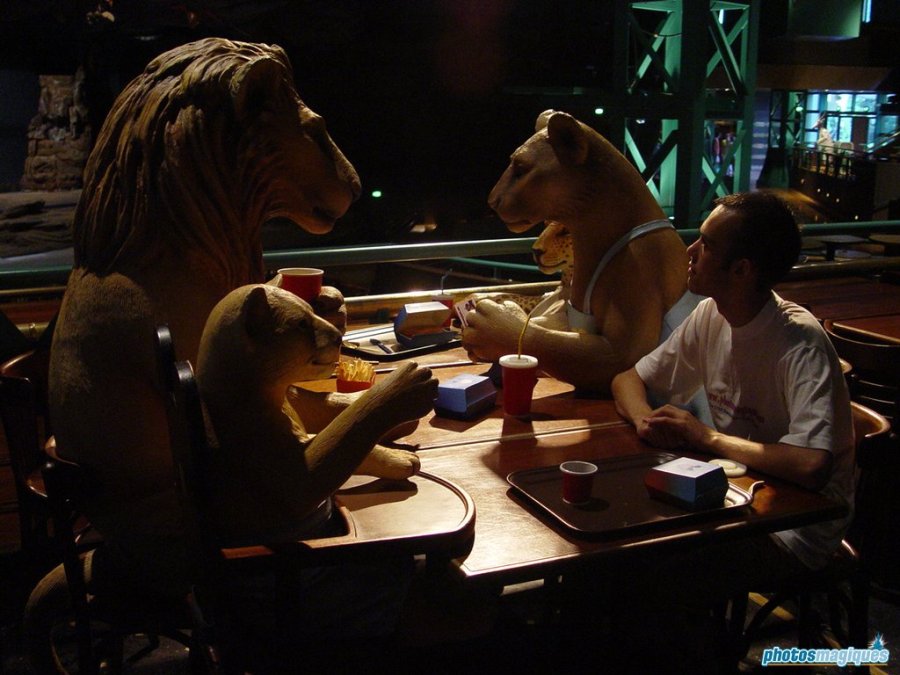