Is Marvel coming to Disneyland Paris? There have been numerous rumours circling fan message boards and social media ever since Philippe Gas hinted at a possible Super Heroes themed third park. But do we have to wait until 2030 for Iron Man or Spider-Man attractions? Probably not, because there are plenty of possibilities at both parks, but Walt Disney Studios Park is the most likely location for Marvel attractions or even an entire land. Not so long ago a wild rumour was released on the Disney Central Plaza forum hinting about a possible layover of the Backlot area. The current attractions could be rethemed to the most popular comic book characters like The Hulk, Iron Man, Spider-Man, Thor or any other character from the Marvel catalogue.

But again, these are just plain rumours, like so many that have hit the internet the past years (remember the rumours about Jack Sparrow being added to Pirates of the Caribbean or the Phantom Manor make-over), but if you can’t wait to experience Marvel in a theme park, you’ll have to travel to Universal’s Islands of Adventure where the Marvel Superheroes Island is located with several attractions, shops and restaurants based on the comic book franchises. Universal Studios currently holds the right to use Marvel characters in their East Coast theme parks (meaning you won’t see any of them at Walt Disney World any time soon).

That Marvel “land” is an indication how a possible Backlot lay-over could look like. Since Universal doesn’t own the rights to use the live-action movie portrayals of the characters, they have to use the original comic book versions of them. That’s why the land is designed to look like you’ve walked in a comic book, with 2D-like façades, bright colours and large cut out characters on all the buildings.

There are four Marvel-based attractions: The Incredible Hulk Coaster, Doctor Doom’s Fearfall, Storm Force Accelatron and The Amazing Adventures of Spider-Man, which is a 3D movie motion-simulator that can move through sets. On top of that there are meet ‘n’ greets and a daily parade with the characters from the Marvel universe.

We’ve visited Islands of Adventure a few times since 2005. Here’s a selection of photos from our last trip in 2009. 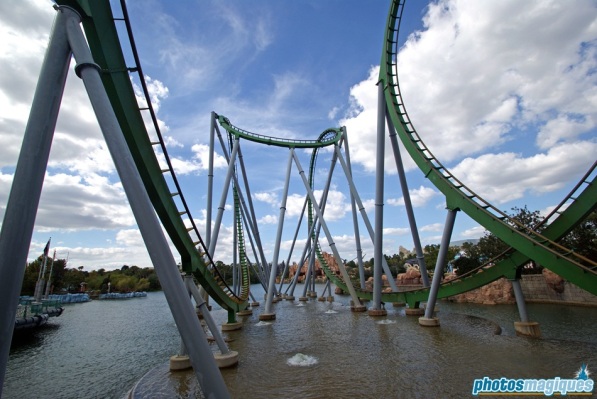 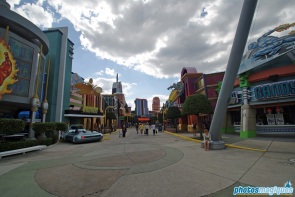 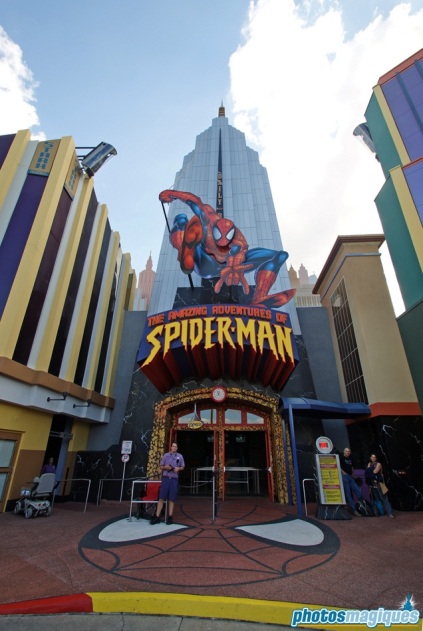 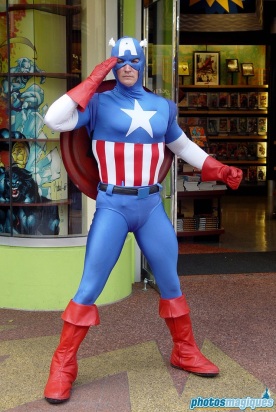 If and when Marvel will hit the resort remains a question, but one that could be answered sooner or later.