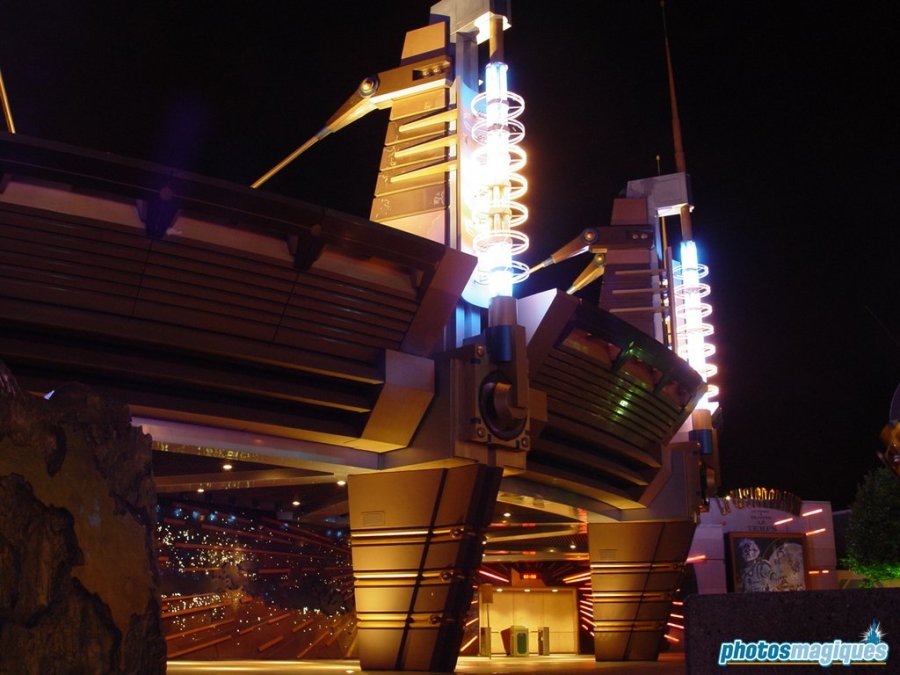 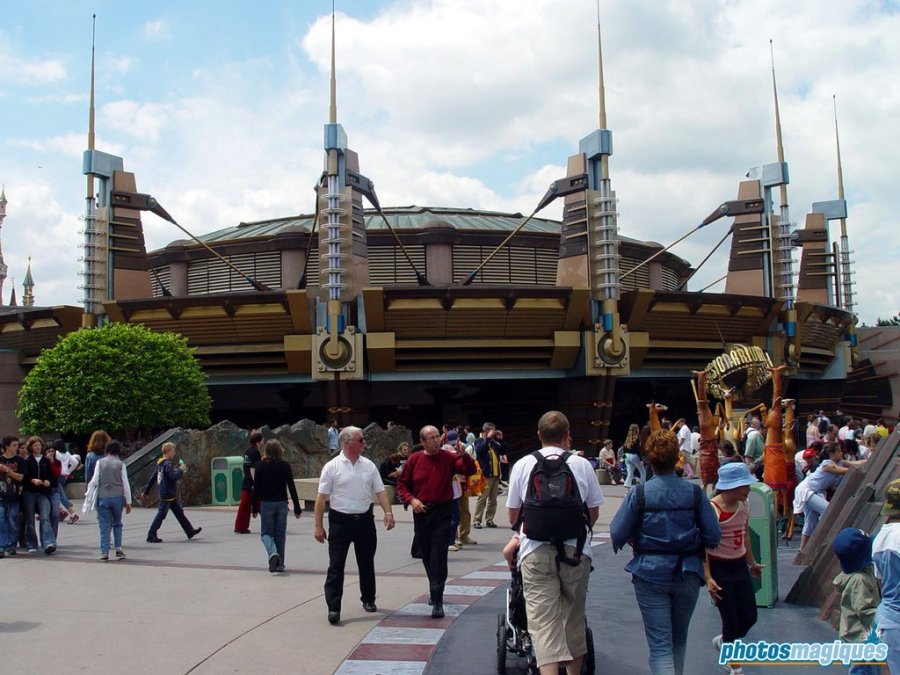 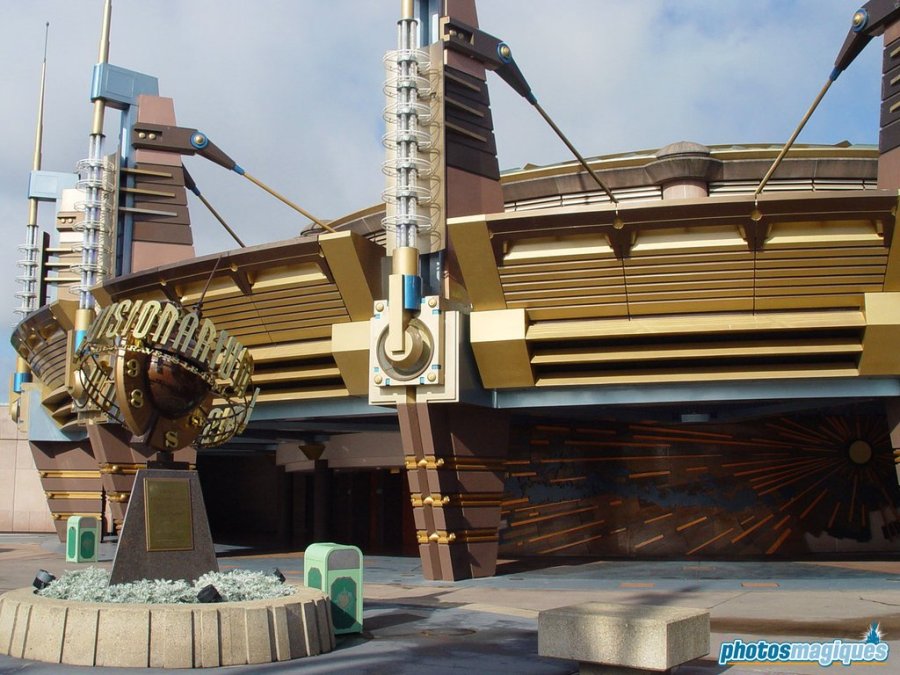 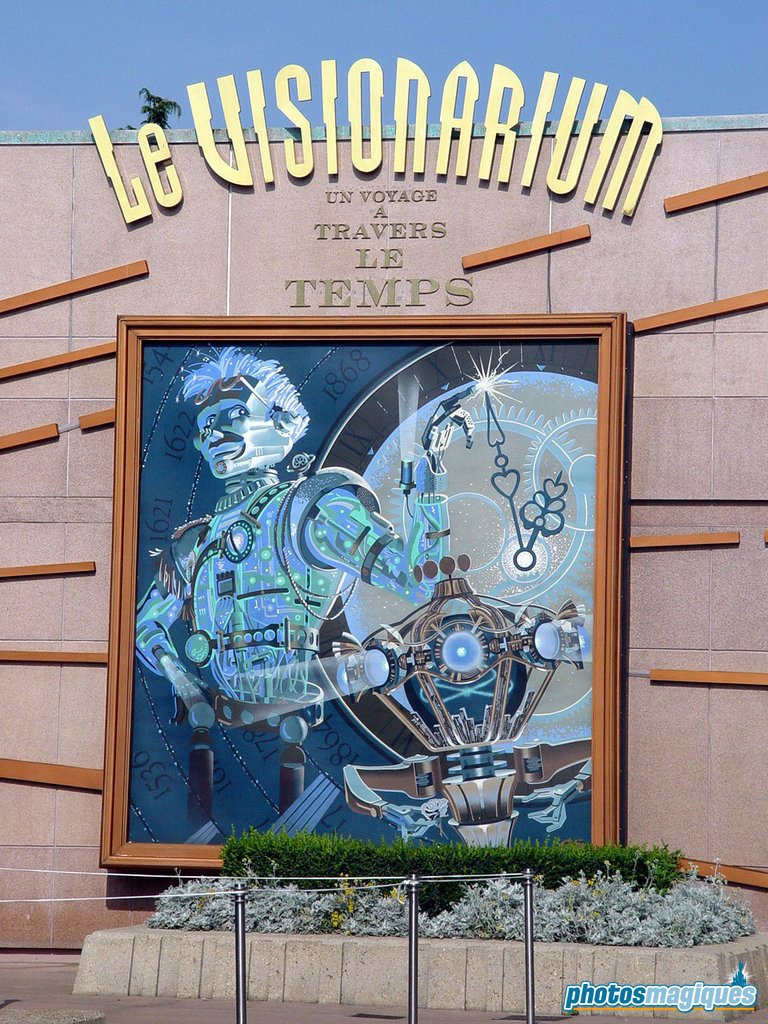 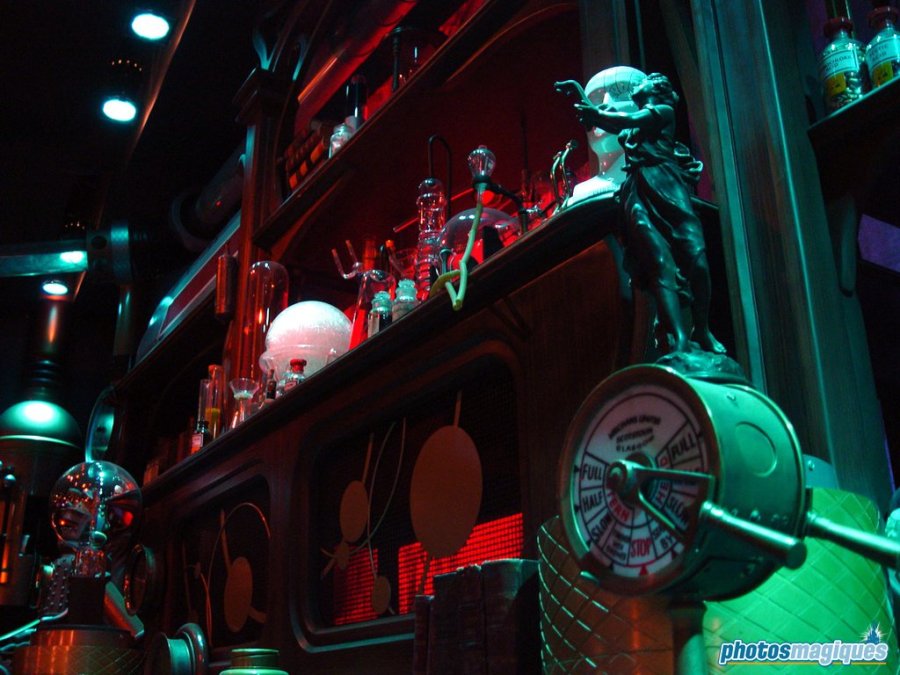 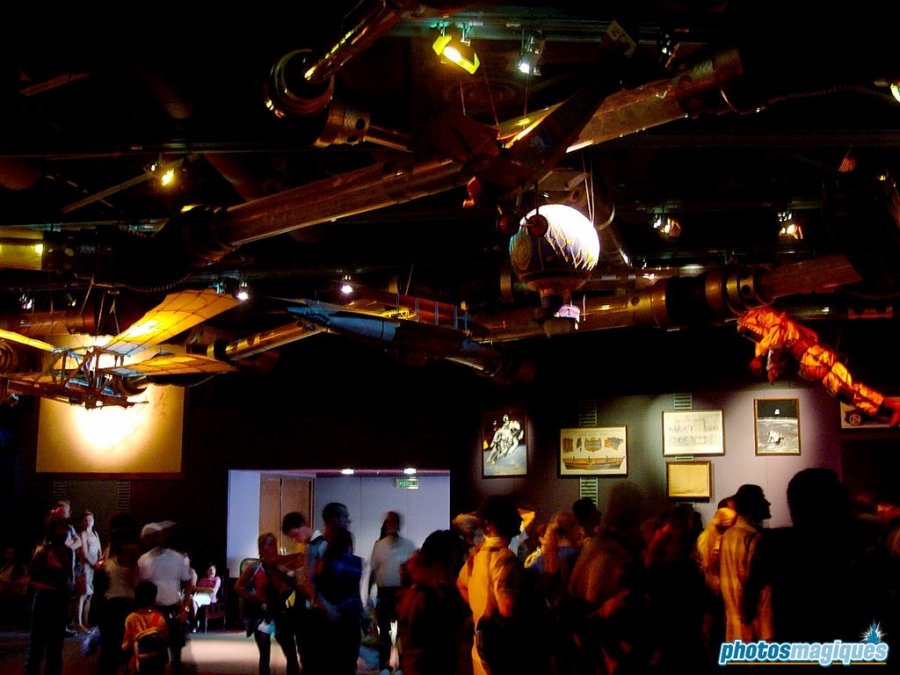 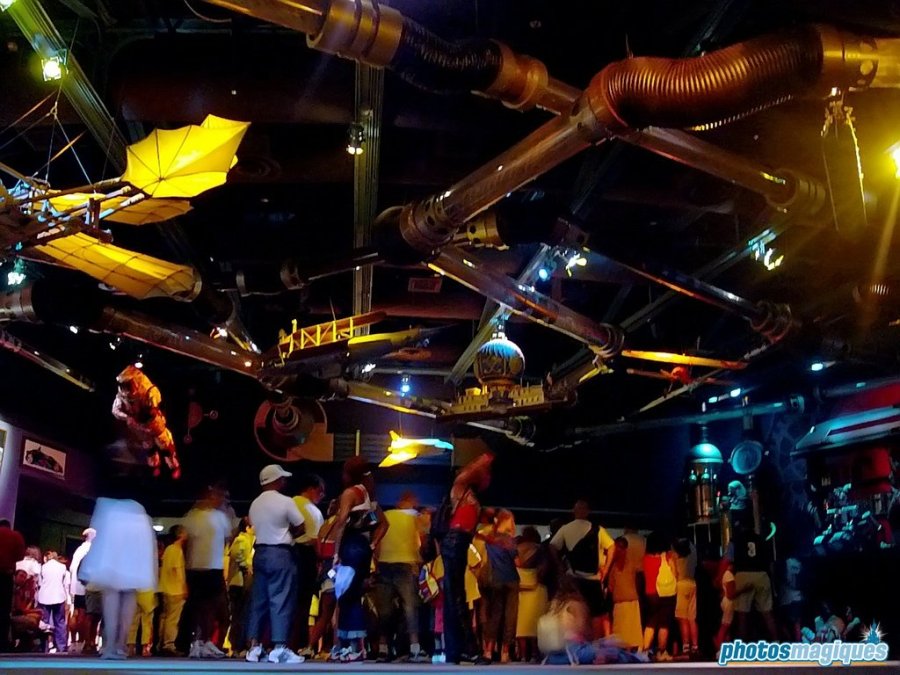 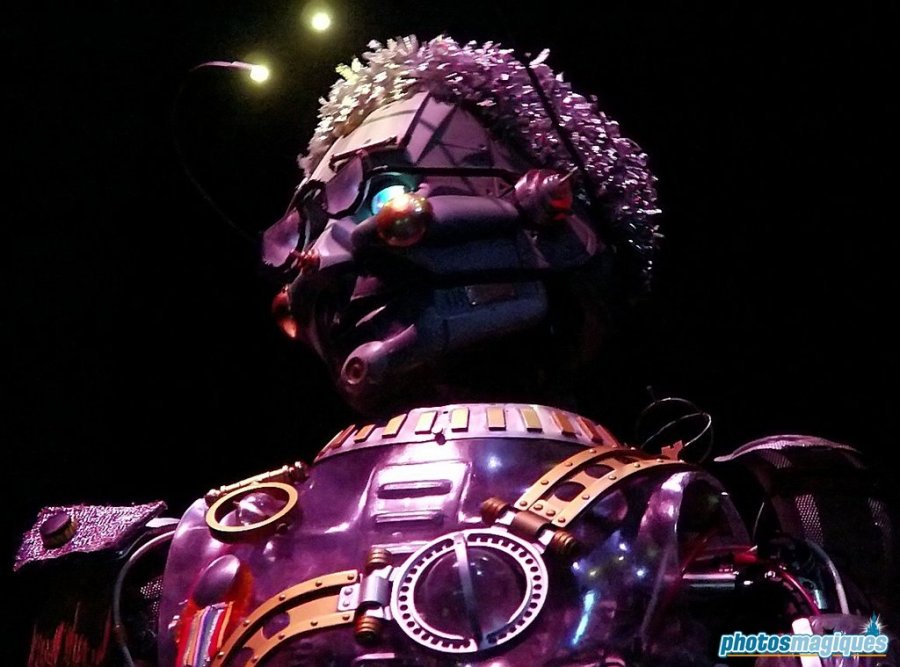 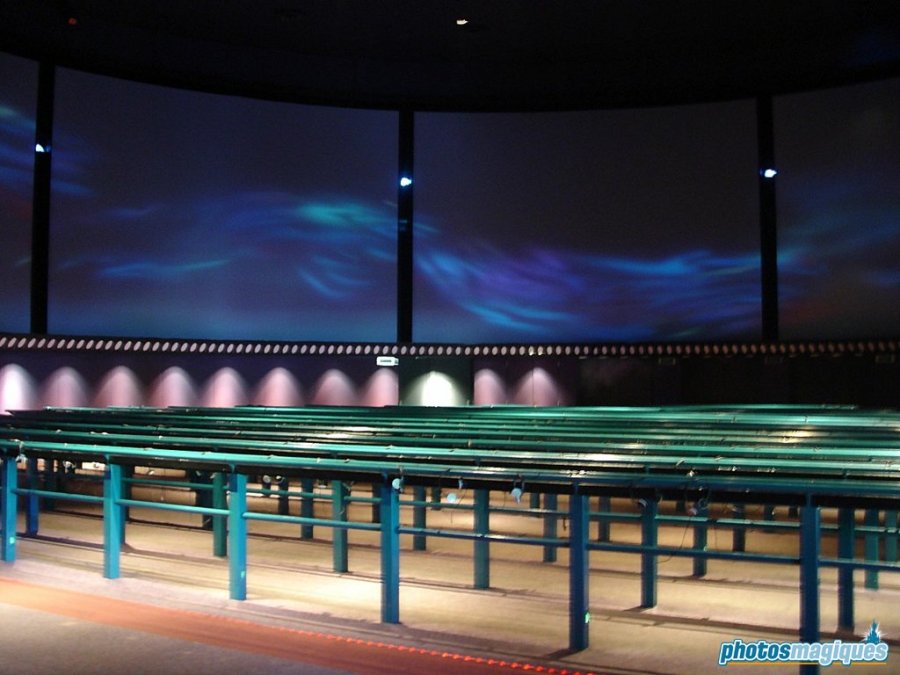 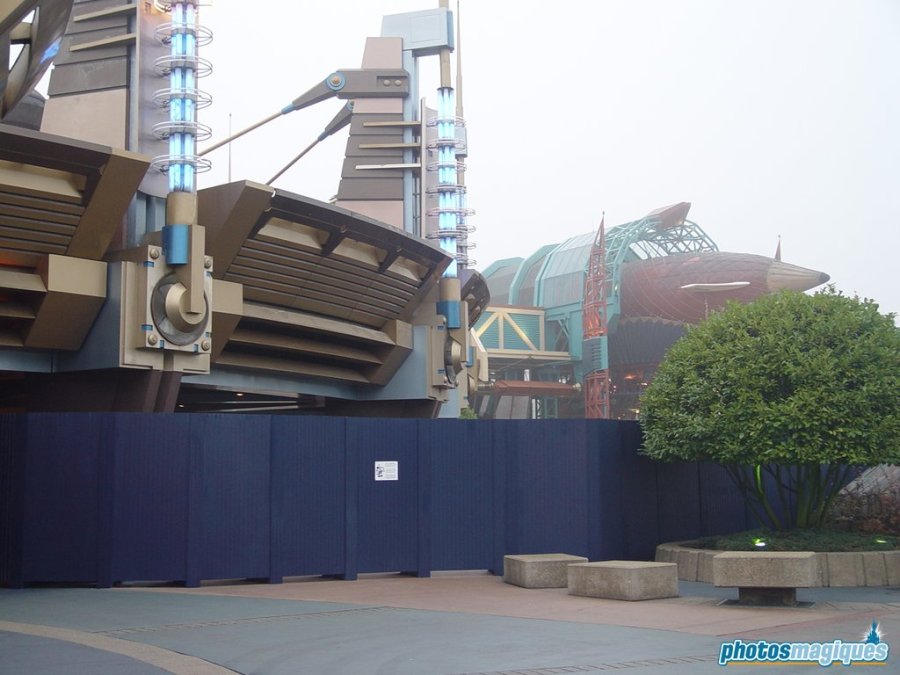 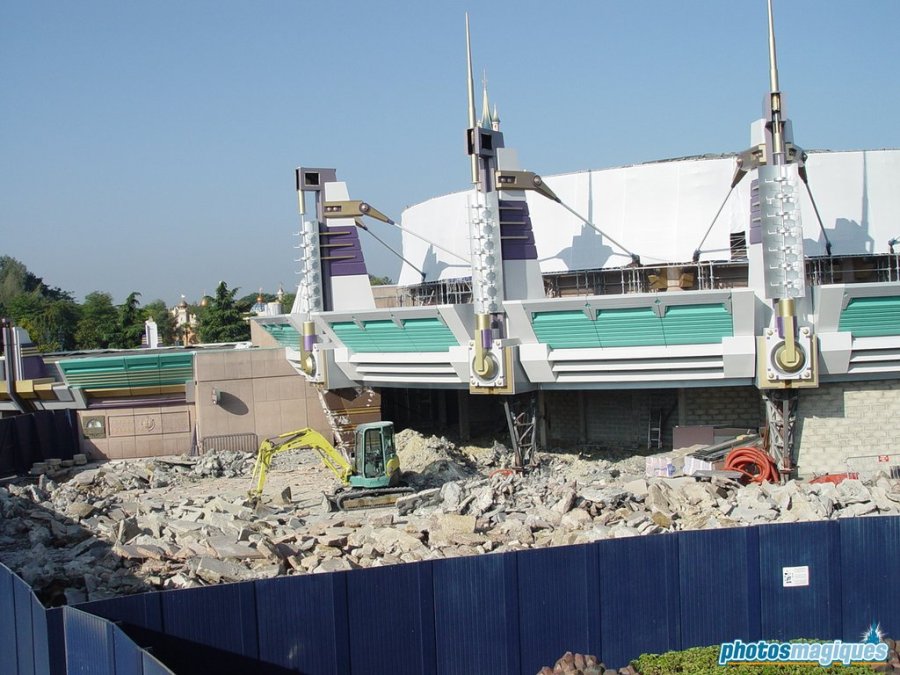 As an homage to the original attraction, Imagineers hid the 9-Eye animatronic in the very first scene of Buzz Lightyear Laser Blast, but unlit, so she was only visible when using a flash.

Now a dim light is lighting her up so that guests who really pay attention will notice a bronze shape in the corner of the first Laser Blast scene.

Can you spot 9-Eye in this photo? (Click to enlarge) 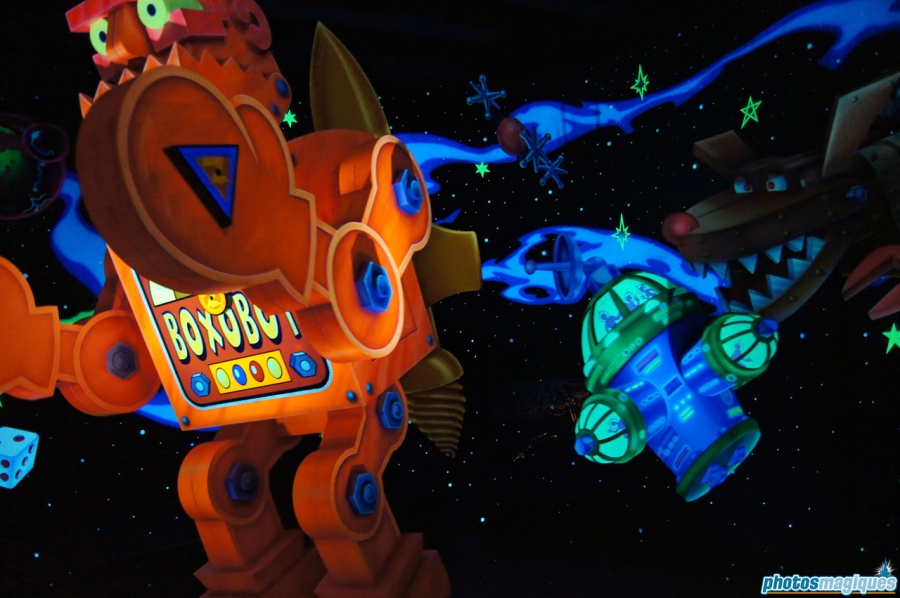