Before Stitch Live! and Playhouse Disney Live on Stage there was the Television Production Tour in which guests were taken on a tour through the backstage of a real Disney Channel production, only until a few years after the park opened, pulled out of Walt Disney Studios Park and left empty soundstages behind.

The post show of the tour was called the Zapping Zone (or Disney Channel Cyberspace according to some signs) with a bunch of old interactive games that came from the closed Disney Quest Chicago (a Disney-version of a games arcade). One of the popular attractions was Cyber Space Mountain, in which guests could design their own rollercoaster on a computer and then ride it in a motion simulator.

In 2006 both the tour and the post show closed down to make way for new attractions.

Over 35 photos and lots more info in our newest gallery update: 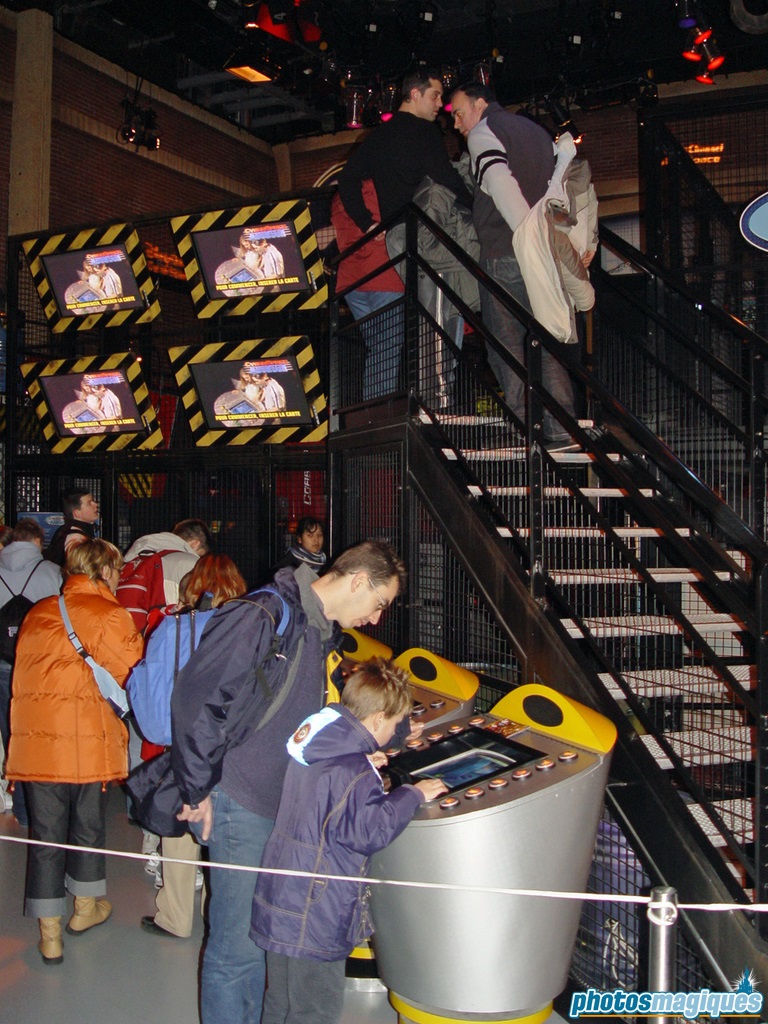