This ’50’s-style diner is tucked away in the back of Backlot. It offers hotdogs and salads. This restaurant, which is currently the only table service restaurant in the entire park, was added a few months after the park opened.

The diner found its origin in 1950 in New Jersey where it was called The Excellent Diner. Up until 1995 when it was sold, packed up and shipped to Germany. A few years later, Walt Disney Imagineers purchased and rethemed it for the Walt Disney Studios Park.

Café des Cascadeurs is usually only open on busy days and weekends. 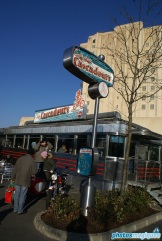 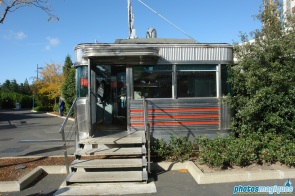 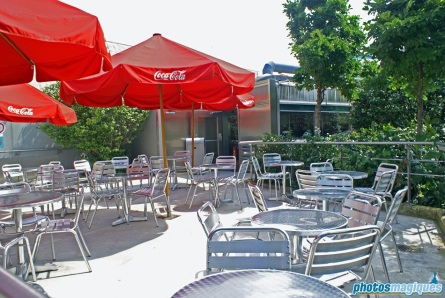