Princess Aurora’s Christmas Wish is a brand new show on Central Plaza Stage starring Princess Aurora, Prince Philip and Flora, Fauna and Merryweather. It replaces the old “Castle Lighting Ceremonies” that have been performed the past couple of years.

In this show, the three fairy godmothers argue over the colour of the Castle which eventually leads to a combination of all three, resulting into ice blue lit rooftops and twinkling green, blue and pink lights on the turrets and walls of Le Château de la Belle au Bois Dormant.

Princess Aurora’s Christmas Wish lasts approximately 7 minutes and is filled with lighting effects and pyrotechnics, something quite unique for this type of shows in Disneyland Paris.

The further away you stand, the more you’ll be likely to see. Parents tend to put their kids on their shoulders which will block your view if you stand too close. The area past Casey’s Corner and Gibson Girl’s Ice Cream Parlour usually offers a good view on Central Plaza Stage and Le Château de la Belle au Bois Dormant. 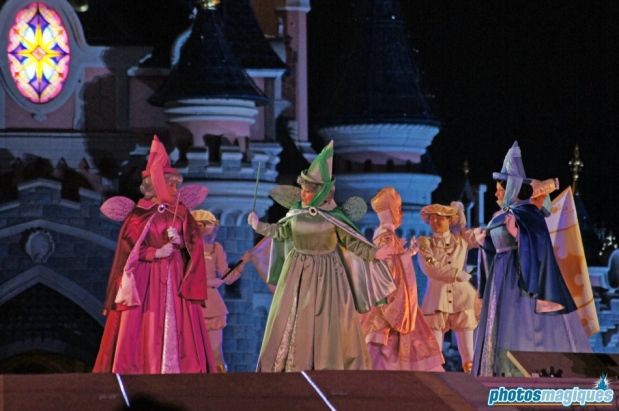 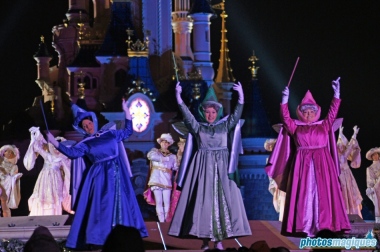 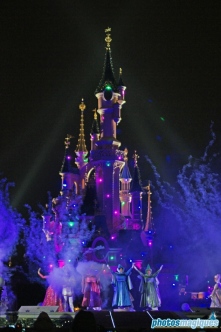 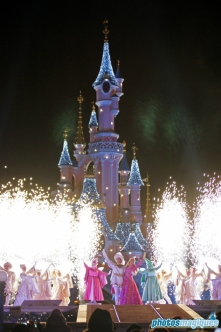 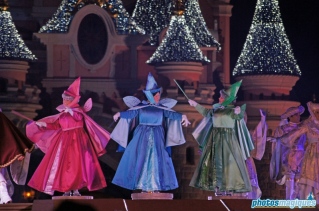