Minnie’s Party Train was a train with Disney characters that travelled up and down Main Street, U.S.A. several times a day during Mickey’s Magical Party in 2009.  It featured a stop on Central Plaza where the characters would descent from the train and meet guests.

Minnie’s bow was white for the occasion. 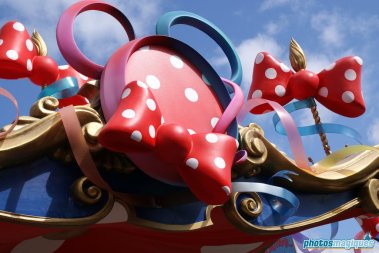 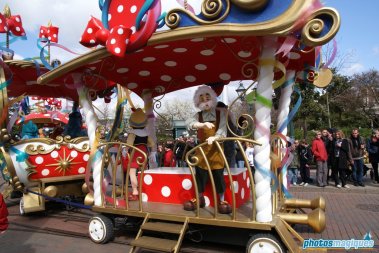 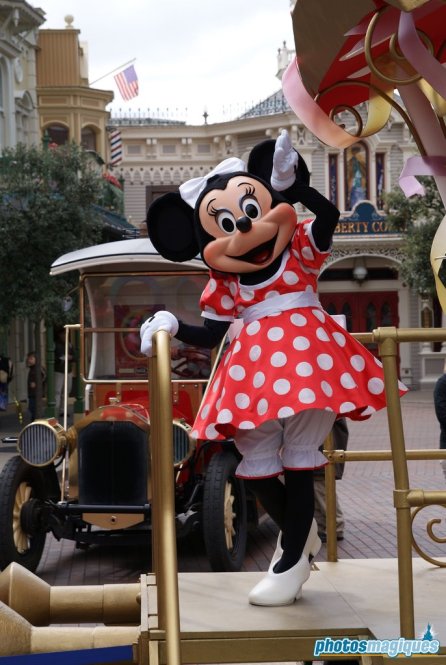 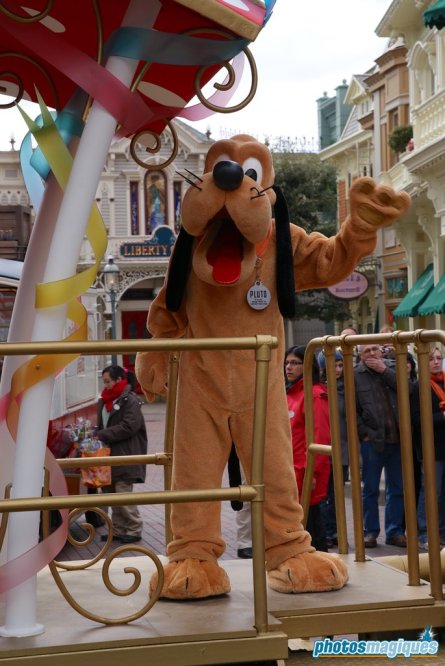