Get on board the Disneyland Railroad from Fantasyland Station, located all the way in the back of Disneyland Park, in the British area of Fantasyland, with Toad Hall and Alice’s Curious Labyrinth on either side.

Fantasy Festival Stage in front of the station received a few years after the opening of the park a glass roof. A hidden tunnel goes under the train track to backstage lodges and offices.

Imagineers reveal in the magazine “Tales from the Laughing Place” that the Matterhorn was considered for the area behind the station.

This station might be unload-only at certain times of the day. 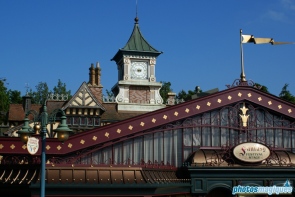 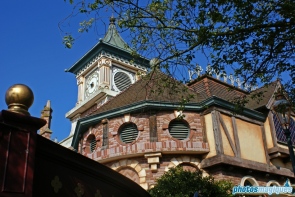 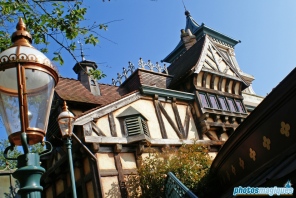